On Sunday, June 30th we participated in our 10th Chicago Pride Parade. This year’s theme was “Celebrate” to commemorate how far the LGBTQ community has come in the past 50 years. An unfortunate storm forced the parade to be cut short; thankfully we were able to finish just before the rain hit!

We wanted to celebrate this year, so the obvious choice was giant party themed float entry! You can’t have a party with out some cake! A cake costume, surrounded by candles, helped get our party started. Giant cupcakes, some beer and champagne costumes, presents, and even a couple of piñatas helped kept the party going. Clusters of candy and food topped balloon columns joined in on the fun as well.

Conrad the Unicorn returned to Chicago to march in his 4th Chicago Pride Parade! Carolyn of POP! Designs and Creations, Conrad’s creator, also brought those beautiful piñata, the champagne bottle, and cupcake costumes to life!

A few photos from the parade! 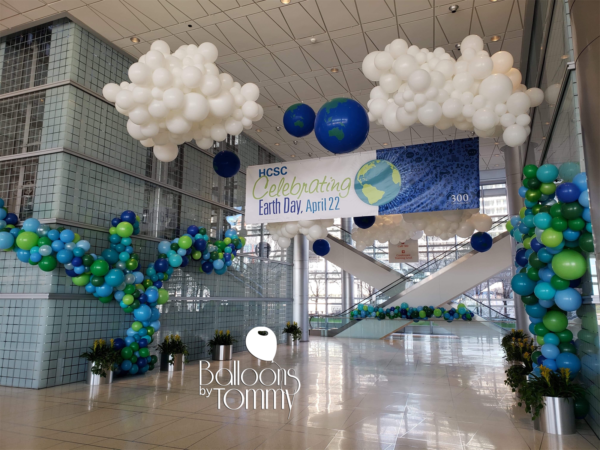 Happy Earth Day! A little information regarding balloons and our planet: Latex balloons are 100% biodegradable and do so at the same rate as an oak leaf. They are NOT made of plastic. Latex is Read more… 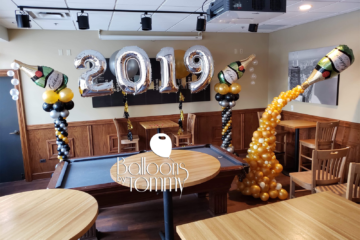 Happy New year! Welcome to 2019! We hope you all had a wonderful and safe new year. After a very busy week of installing New Year’s decor we took a much needed break. We’re back Read more… 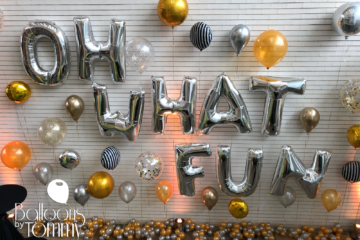 Our favorite decor from December 2018 Every month we highlight a few of our favorite and most noteworthy events from the past month. Holiday Parties December is a busy and eventful month. Almost every event is Read more…